So, about that epilogue... 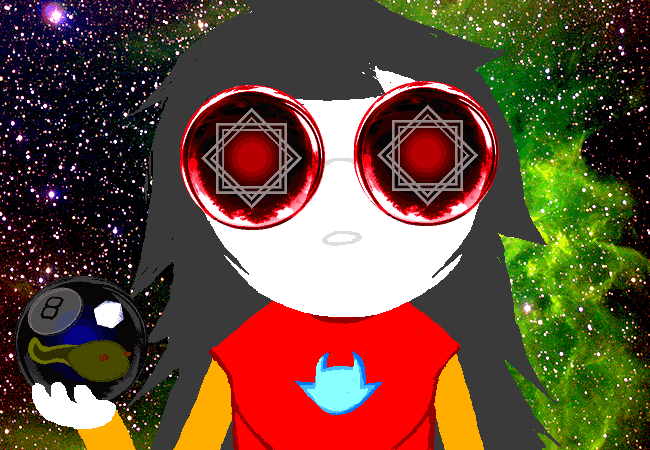 Okay, I need to get this off my chest because for the first time in a long time, if not maybe ever, I am salty. Baby's first salt, below the cut. I reconcile some of my feelings later on but oh jeez. Here we go. We're doing this.

I read the candy epilogue first and I'm just looking at fanfic and art now to choke down the bitterness of watching characters you like fall to their vices, slowly morphing into something barely recognizable with no sign of anything getting better, and wishing the story would end right then and there just to make it stop. There was so much complaining when Act 7 didn't resolve everything perfectly, but now we've hit the upgrade button and all some of us can say is "fuck, go back".

Candy was not kind. Candy hurt.

Candy was poisoned, a faint sharp aftertaste in the first few pieces easily forgotten until several hours later when the toxins kicked in and forced you to die slowly and at the mercy of what you once so appreciated, not even afforded the swift lucky death of a blade.

I want off of Hussie's wild ride, but I've heard from the others who have been here longer that the ride won't end, not ever. The games will never stop. There's an entire second epilogue and another character will do the same then, they say, in ways just as meaningless as the last, and it will hurt just as much the second time, for sure. I don't know if I want to read or not.

Maybe we should stop. Can we all just pretend Homestuck ended at [S] Cascade and write our own AUs from there? Or maybe just stick to post Act 7? Post credits? Pure AU? The fans warned you so many times: there's no getting off the ride. You'll learn to hate it. You'll get angry at canon, get salty and bitter like so many before trapped in hiatus until something new and shiny came along to free them, but even if it's just a ghost of a whisper in the back of your mind, murmuring translucence in the clouds you swore you saw a picture in, it'll be there. However much it hurts, it'll be there.

Well, here we are.

I've heard some of the theories. The message of the epilogue: fuck you, none of this matters, and none of it's canon. Write fanfic. Or don't. Live. Be free, little homestucks that aren't anymore. Be free, even though you know you won't all be able to leave.

I've also read about some theories on the nature of unfinished or self-contradictory canon. The idea that the more broken and confusing and incomplete the canon and lore, the more fanwork there is, perhaps in part because it's unfinished, and the loose ends and uncertainties are what fuels the desire to create and add more, to fix or to scaffold or explore as a subject all its own. This, I can only hope, will be the niche Homestuck keeps. A thousand spitefics, the hair-pulling frustration at a hated plotpoint and the venomous fury for what could have been, transmuted into something beautiful and beloved, which brings joy and comfort. A thousand more divergences, fix-its, possibilities, other worlds, crossovers and all.

I used to see many crossovers playing off different interpretations of the scratch, having it send characters to other worlds or go horribly wrong as a plot device, stories begun often closer to the wake of Cascade, even as I read them back in 2014, 2015. More recently, it was Earth C, unexpectedly replaced with a new and different world, something which worked just as well. I wonder if it'll continue, diverging from the epilogue like the many stories before them forgoing Act Six or [S] Credits, at least until the epilogue becomes cemented and impossible to truly ignore.

I wonder what's next.

I forgot my point, but here we are.

Maybe the real epilogue was the friends we made along the way. And I don't even mean that entirely as a joke. The ten years of madness, the sheer energy of Homestuck's fandom as it was. The conventions, the friendships online and face-to-face, the relationships and self-discovery. Just thinking about the sheer impact of this work, the teens that are now adults and were forever changed...

... the fanventures, taking what they didn't like about the ending and rewriting...

... the nature of the fandom, the feeling of knowing someone else shared this experience, however small...

... the sharing of frustration, of desire for something better, to create exactly what the want...

I can't even count the number of fix-it fics I've seen from Act 7 or the retcon alone. This?

This feels like it might have been a call to action: write your own story. Hussie has been working so hard on this story for so long -- long enough for burnout, long enough I can't help but wonder if that was exactly the idea.


*December 2019 edit* MAN, I was really overly optimistic here, huh?
Back to Top