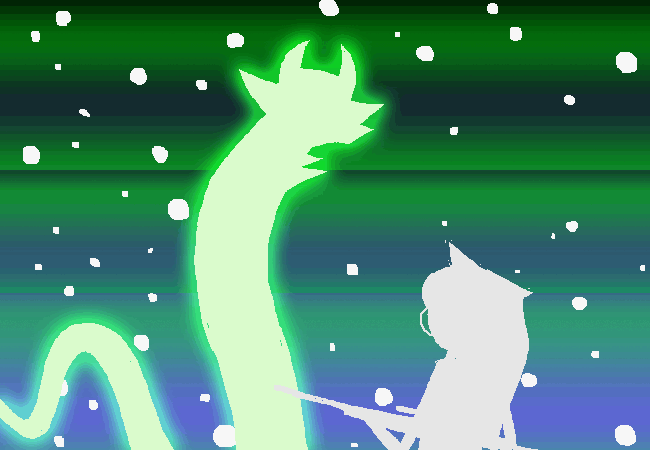 Homestuck has a lot of swearing, innuendo, and other mature content in it!

If you continue to read any of these fics, you consent to the possibility of seeing such content. The person who makes this site will try to give content warnings and summaries, but there will be no guarantees.

Please keep this in mind!

Jade and Rose on a lazy sunny afternoon, with a tangential conversation about Rose's editor. They've brought down worlds, risen up as gods, and now they're living adult lives in a mundane world. Jade knows a smile is bared teeth, and Rose knows just how sharp a weapon a smile can be, and both of them are contextless aliens in their own remade world. Their viciousness, as much as their kindness, knows the taste of blood.

Lovely characterization of both characters' darker sides, and the raw power they possess. <3

“I guess it wouldn’t be fair if we got to keep everything,” John says. He’s doing his best to stay upbeat, and he still sounds bright, but everyone can tell he’s upset.

Rose sniffs and draws her knees up closer to her chest, shuffling to sit more comfortably on the roof. Dave clears his throat and avoids looking at anybody.

Jade stares at her dirt-stained hands. She blinks back tears from behind her thick glasses. “It’s still not,” she says, and her voice shakes.

Beta Kids focused post-canon fic, where instead of a Godstuck scenario, everyone loses their powers on Earth C, ft. Science Go-Getter and shaken former goddess Jade, assorted angst, gorgeous illustrations, plus good friendship all around.

The chiseled statue towering over you is stark naked but for a sweeping cloak, frozen dramatically mid-billow. One arm is swept to a side, the other hand rested on the pommel of a Caledfwlch mounted deep in its engraved stone pedestal. Ironically, the strange jutting form of your stupid egg sword is the one thing they managed to accurately reproduce. Its eyes are cavernous sockets, bleeding slick liquid upwards over your forehead, and you have a feeling that had the artist put color to their work, those antigravity dribbles wouldn't be red.Four teenagers find themselves back on Earth after their untimely deaths. It isn't exactly as they remember.

Beta Kids longfic with really good Jade characterization. The premise is basically a post-game/godstuck AU where the kids get dropped into an alternate earth where the mythos of SBURB is a major religion (if not The major religion), and they have to puzzle out what the hell is going on and why.

Technically a prequel to another (Davekat) fic, but it's functionally a standalone fic, and it's not necessary to read the sequel to understand anything.

Jade, listen.
You are nine years old.
Nine year olds do not build perfect rafts in 57 minutes out of some firewood and rope they found on that weird cat mummy they encountered upon in their giant mansion.
Nine year olds, when doing this, instead make poorly-built rafts.
. . . . . .
Jade, if you didn't get what I'm saying, that thing is probably going to sink.
Jade, stop. Jade, this is a bad idea.
. . .
Woah. Wait. Are you seriously pushing that thing into the sea?
Jade, what.
Jade.
Jaaaade.
. . .
Jade, do not jump on that raft.
. . .
Jade, I command you to jump off that raft and swim back to your island right now. This is for your own good, Jade.
Jade there is a storm. Right there. Jade no.
Sighhhhh.
It is a regretful, woeful life, being outside the fourth wall.
It is most certainly regretful.

Very cute pre-canon AU where Jade decides to try and leave the island, and causes much chaos in the process.

she sits, and she waits for her story to start.

Despite the ship tag, this is more of a Jade character study, and a really lovely one at that. Heads-up for a little bit of early-Homestuck-typical ableist dialogue, though.